Dubai, UAE, 6 September 2016 – The Meydan Group has announced that the new Meydan One Mall will set a new benchmark in quality for all future retail and leisure experiences around the world.

The centre point of the much anticipated Meydan One mega development, launched in August 2015 by His Highness Sheikh Mohammed bin Rashid Al Maktoum, Vice President and Prime Minister of the UAE and Ruler of Dubai, the Meydan One Mall will cover more than 620 retail shops including two major department stores and a 131,150 square foot hypermarket.

Unveiling the new Meydan One Mall branding, logo and visual identity at Cityscape Global this week, the Meydan Group has developed an experiential, interactive stand at the region’s premier real estate event, to give visitors, investors and stakeholders an indication of what will be created.

The 792 sqm exhibition space, located in the Sheikh Saeed Halls of the Dubai World Trade Centre until 8 September, is Meydan’s most technologically advanced to date.  Designed to give visitors a true taste of what Meydan One Mall will look like and feature through virtual reality, the stand is expected to be one of the most popular at this year’s Cityscape Global showcase.

A sample model of the Mall’s unique retractable roof, which will be opened in the cooler, winter months to create an alfresco shopping and dining atmosphere unlike any other, is on display at Cityscape to provide visitors with an idea of the technology used and the impact it will have on their future Dubai shopping experience.

Outdoor sports options will include football pitches, mountain biking, walking and running trails, a skateboard park and a BMX park.

The Mall will also feature more than 100 food and beverage outlets, a 20-screen cinema with a food court hosting an additional 20 outlets, as well as a 1,315 foot long Central Canyon flanked by a collection of flagship luxury stores.  It will be serviced by car parking facilities with more than 12,000 spaces.

The largest dancing water fountain in the world will act as just one of the Mall’s main attractions, measuring 380m long.

Meydan Chairman Saeed Humaid Al Tayer said – “Dubai is a city well known for creating and breaking world records, in setting new benchmarks in quality and once in a lifetime experiences.  In our vision for Meydan One we have worked hard to create all the wonders of a retail and leisure experience into one space, making this the number one destination for the UAE and indeed, the Middle East.”

Meydan’s vision began with the completion of the Grandstand in 2010 and was underlined by the Group’s role in the development of Mohammed Bin Rashid Al Maktoum City, specifically District One, a collection of premium villas within the heart of new Dubai. The construction of Meydan One will complete the company’s commitment to helping create the future of Dubai through the development of attractive, family oriented residential and lifestyle projects. 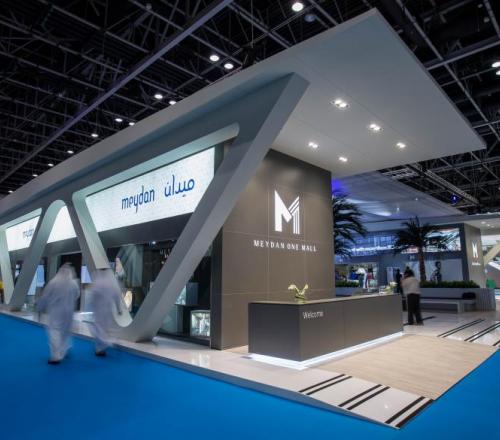 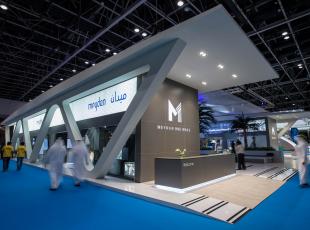